Shaykh Muhammad Hisham Kabbani is a scholar and Sufi shaykh from the Middle East. He graduated from the American University of Beirut in Chemistry. From there he went to Belgium, to continue his Medical Degree in Louvain. Then he received his Islamic Law Degree from Damascus. From his childhood, he accompanied Shaykh 'Abdullah ad-Daghestani and Shaykh Muhammad Nazim al-Haqqani, the grandshaikhs of the Most Distinguished Naqshbandi Order in this time. He traveled extensively throughout the Middle East, Europe, and the Far East in the company of his shaykh.

In 1991 he moved to America and there established the foundation of the Naqshbandi-Haqqani Sufi Order of America.

Since that time, he has opened thirteen Sufi centers in Canada and the United States. He has lectured in many universities, including Oxford, the University of California at Berkeley, the University of Chicago, Columbia University, Howard, McGill, Concordia, Dawson College, as well as in many spiritual and religious centers throughout North America, Europe, the Far East and the Middle East.

Shaykh Hisham Kabbani's work wherever he goes is to spread the Sufi teachings of the brotherhood of mankind and the Unity of belief in God that is present in all religions and spiritual paths. His efforts are directed at bringing the diverse spectrum of religions and spiritual paths into harmony and concord, in recognition of mankind's responsibility as caretaker of this fragile planet and of one another.

Shaykh Hisham, as a Sufi shaykh, has been given the authority and permission to guide his followers to the Love of God and to the stations to which they have been destined by their Creator. His arduous spiritual training of 40 years at the hands of his grandshaykh and his shaykh, has endowed him with the sublime qualities of wisdom, light, intellect, and compassion necessary for a true Master on the Path.

Shaykh Hisham's outreach mission in the Americas is his unique contribution to the Endeavor of Humankind in reaching for its highest destiny--nearness to God. His endeavors to bring unity of hearts in their movement towards the Divine Essence is what may be his greatest legacy to the West. 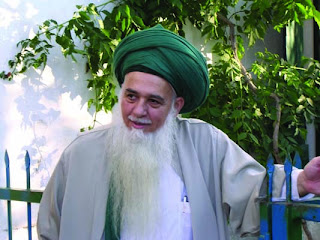