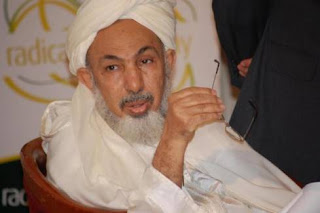 H.E. Sheikh Abdullah Bin Bayyah is Deputy-Head of the International Union of Muslim Scholars. Sheikh Abdullah Bin Bayyah’s influence is derived from his scholarship and preaching. Uniquely, all of the different sects and schools of Muslims respect him as a scholar. A testament to this is the notable fact that whilst he is not a Salafi, the Saudi government promulgates his fatwas as authoritative. He is an instructor at King Abdul Aziz University in Jeddah and is the deputy head of the Union of Muslim Scholars, under Yusuf al Qaradawi.

Diplomat
As a member of the International Islamic Fiqh Academy or Al Majma’ al Fiqhi of the Organization of the Islamic Conference, Sheikh Bin Bayyah is at the forefront of the legal arm of a dynamic organization with a permanent delegation to the United Nations.

Author
Having written numerous texts, Sheikh Bin Bayyah’s scholarly explorations have gone global through speaking engagements that draw crowds of tens of thousands. He has spoken at length about the endurance of the Islamic legal tradition and also written extensively on rulings for Muslims living as minorities in foreign lands, or fiqh al aqaliyaat.

He, and a group of Muslim scholars from all over the world, condemned the actions of the Syrian regime particularly the attack on Muslim scholars, mosques and the haphazard killing of the innocent.